“It was a simple river scene under spreading cottonwood trees. A woman in shadow stood beside a canoe on the bank of that broad, braided stream, ready to push off. In color, the photo might have graced the cover of a sporting goods catalogue. But robbed of the easy prettiness of hue, Ralph’s black and white instead concentrated on the dancing radiance of light through the multi-toned leaves.”

“Inside the display case stood a tiger, poised mid-step in all her lithe, feline glory. The taxidermied tiger was a gift to his father from the former Indian ambassador. The tiger had been inside its glass cage since Norman could toddle, yet he’d never had reason to be alone with her before. Now, he found himself not daring to blink as he watched her, holding his breath to keep it from clouding the glass. Her striped pelt was a deep, burned yellow, like the leaves at the turn of autumn, while she sported a paler, softer-looking underbelly. She might as well have been in the jungle. The artificial fern fronds hugged her lurking body, making her look ready to pounce on her unsuspecting prey. Her eyes, large and amber and made of glass, peered deep into Norman’s soul.”

“Neeti knows the story well. As a child, she loved the Ramayana, and requested tales from the great epic every night despite Priya’s protests. Her father insisted on including the story of the Lakshmana Rekha even though it bored Neeti, who wanted to hear of great battles and supernatural inventions. It seemed too straightforward at the time: Lakshmana, the devoted brother, drew an impassable line around Sita’s cottage to protect her. The Lakshmana Rekha. Nothing could cross the line from the outside, not even an army of demons, but in the end it did not matter. Sita chose to step over the brother’s line.”

“The research trip for my dissertation is swiftly becoming a collection of firsts: my first Atlantic crossing, my first time seeing a palm tree, and my first free dragon—a type I’ve never seen before. How can I call myself a draconic ornithologist when my jaw drops at the first sighting of an atypical specimen?”

On the Nature and Origin of DragonsRead More »

“The spirits swarmed across her body, and as they did so images flashed through her mind. She saw merchant-clad racoons gone to fat with too much liquor, beating their distended bellies with drum-like madness. She saw cats turn to cowardice and anger, killing pregnant rats with yellowed human teeth and leaving them to rot in the packed dirt streets of Yamato towns.”

At the Edge of a Human PathRead More »

Every particle of me has won the lottery,
a surprise galactic cruise
in the height of tourist season.

The Universe is YoungRead More »

With their ski masks on,
they entered our house 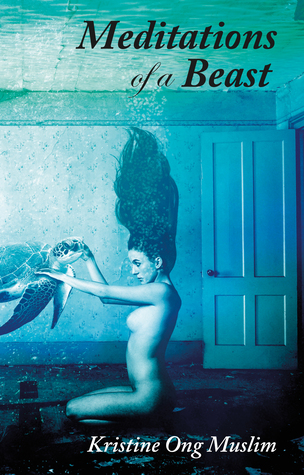 “The world of her poems is populated with ghosts and angels, living dolls and their owners, burglars and assassins.  This is a world of flickering streetlights, of trash accumulating in the gutters. It is a worse place, a hard place.”

Review of Meditations of a BeastRead More »

Abbigail N. Rosewood discusses her debut novel, If I Had Two Lives, immigrating to the U.S. from Vietnam, and earning an MFA from Columbia University.

Kevin Plybon discusses “Prove To Me That We’re Meant To Be,” writing the story as a series of proofs, and being a technical writer as well as a fiction writer.